Summary: Various media sources have reported that following a ketogenic diet – high in fat and protein while low in carbohydrate – could stop the growth of colorectal (bowel) cancer.

Colorectal cancer is one of the most common causes of cancer incidence and mortality in the Western world, yet one associated with many potentially modifiable lifestyle and dietary risk factors. Researchers from the University of Pennsylvania aimed to investigate whether different dietary patterns could help to prevent the development or growth of bowel tumours. The laboratory study involved six groups of mice who were given a treatment to initiate the development of bowel tumours, and fed on diets containing equivalent protein but different fat-to-carbohydrate ratio. Two of the diets were described as ketogenic containing 90% fat and zero carbohydrate.

The researchers observed that increasing fat intake was associated with a smaller number and size of bowel tumours, and longer survival duration. The tumour-suppressive effect appeared the same regardless of whether the diet was started before or after the cancer-causing treatment was given, suggesting that the ketogenic diet might be effective for both prevention and treatment of bowel cancer.

The explanation appeared to be ketones, which are produced by the liver as an alternative energy source when the body is low on glucose, as may be seen during starvation or when following a low carbohydrate diet. Specifically a ketone called β-Hydroxybutyrate (BHB) was found to decrease cell turnover in the bowel, and so also decreased the growth of cancer cells.

The researchers explored this further using human bowel cells donated from people with and without colorectal cancer. When the cells were cultured with BHB, the ketone likewise suppressed the growth of both healthy and cancerous human cells. The researchers suggest that a ketogenic, but high fibre, diet might provide the best protection against the development of bowel cancer.

This is early stage laboratory research that may never progress to treatment recommendations. This research has involved mice with chemically-induced bowel cancers, and human bowel cells that were directly treated with BHB in the laboratory. Although the findings suggest promise that a ketogenic diet – or the specific ketone – might suppress the growth of bowel of cancers, only a very small fraction of interventions tested in the laboratory progress through the subsequent trial stages to become recommended treatments. Further laboratory research may be needed to validate the effects on tumour development and underlying biological mechanism. If confirmed, this may then lead to the first clinical trials in a small number of people to look at safety and start to understand the effects. If there are no concerns, subsequent trial stages may follow. Only if all of these trial stages demonstrate it be effective – and most importantly feasible, safe and ethical – could a ketogenic diet or ketone-based treatment ever become a recommended way to try and prevent or suppress the growth of bowel cancer.

A ketogenic diet could have various harmful effects. The potential harms from following a restrictive, high-fat, low-carbohydrate diet is an important consideration. When the body is breaking down fat to generate ketones, this is in effect an emergency reserve state because the body is short on its normal fuel supply of glucose, and not the ideal condition to be maintained in the long term. This study has already demonstrated that a high level of the ketone BHB suppressed the growth not only of tumour cells, but also of the normal healthy cells that line the bowel. The research did not explore whether this effect extended to cells throughout the body, but it seems plausible that suppressing healthy cell turnover in the body might have various harmful effects. Furthermore, a ketogenic diet can also be high in saturated fats, red and processed meats, which have already been associated with bowel cancer. Meanwhile it would remove the known benefits of high vegetable, fruit and wholegrain intake. This may counter any potential protective benefit from increased BHB.

The potential management approach for people with existing bowel cancer is unknown. If considering a ketogenic diet, alongside the above potential effects, people with existing bowel cancer may already have lost weight, be receiving intensive or debilitating treatment, or have increased psychological vulnerability among other effects of their illness. Undergoing dietary restriction and inducing low glucose may be further detrimental to their health and wellbeing. Alternatively, if a treatment based on BHB were to be developed and trialled, its role alongside established cancer treatments would need to be carefully considered.

The overall combination of modifiable risk factors may have greater influence on risk of bowel cancer development and progression. Hereditary, biological, lifestyle and environmental factors usually have a combined influence on a person’s overall cancer risk. While some risk factors such as age and genetics cannot be changed, following a healthy diet and lifestyle in general could have greater effect on reducing bowel cancer risk than a single dietary strategy. For example, maintaining a healthy weight, avoiding smoking, limiting alcohol, exercising in line with recommendations, and eating a diet high in fibre, fruit and vegetables and low in salt, sugar and saturated fats, including limiting red and processed meats. 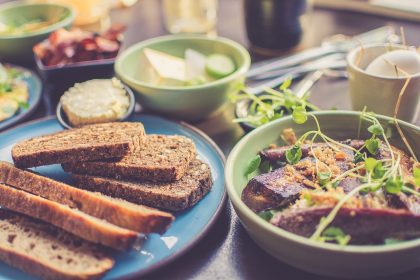 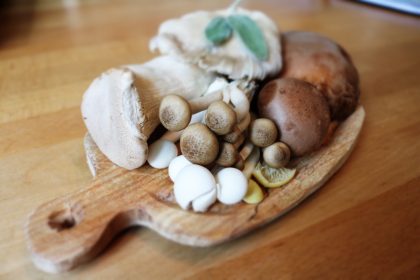 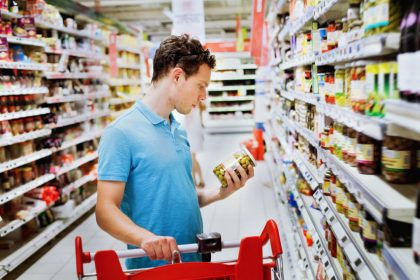 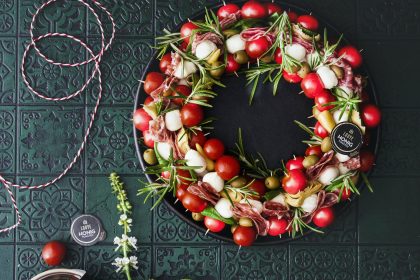 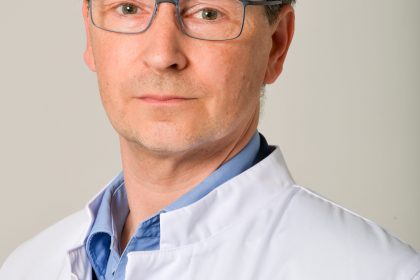